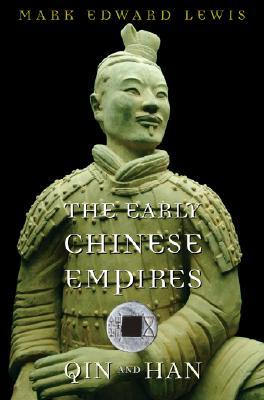 This book focuses on the history of the Qin and Han dynasties in early Chinese history. From how the empires got started, to individual emperors, their wars with the nomadic peoples of the north, and how the lives of normal peasants looked, this non-fiction book contains all the information you need on the Qin and Han dynasties. Throughout the pages are also maps of the areas being talked about and images of ancient Chinese art to help illustrate the ideas.

I wanted to include some of my favorite bits of information from this book, in no particular order, to give you an idea of the types of things you can learn from it:

Before I begin this review, I would like to preface it by saying that I’ve always loved historical non-fiction. In fact, in high school and my first couple years of university, it was what I primarily read for fun. I grew up loving history and wanting to constantly learn new things, so I was always seeking out new history books to read.

From the time I read Foundations of Chinese Civilizations by Jing Liu I knew I wanted to learn more about the Qin and Han dynasties. The histories of both sounded so fascinating, and I saw this book at my local library when I was searching for books for my #readtheworldchina challenge.

Although this book does contain a lot of interesting information, it was so dry that I had trouble reading it. I didn’t even finish it if I’m being honest. I made it about two-thirds of the way through, and I was starting to feel bored just looking at the cover. I decided to DNF this book because I was no longer able to focus on it. The whole time I was reading it I was actually thinking about other books that I could be reading instead.

I think it’s easy to make non-fiction enjoyable if you focus on the people involved and the reasons behind the things they did rather than minute details and dates. This felt more academic than enjoyable, so if you’re writing an essay on the Qin and Han dynasties of Imperial China, then I actually would recommend this book to you. However, if you’re looking for a fun read, this might not be it.

Although there is great information in this book, it was too dry and laborious for me to give it more than two stars.

3 thoughts on “The Early Chinese Empires: Qin and Han by Mark Edward Lewis – A Review”