Time for another book tag! This one was created by Zuky at Book Bum, and I first saw it on Lori’s Bookshelf Reads. The images used are from Book Bum with Zuky’s permission.

ZEUS: KING OF THE GODS – YOUR FAVOURITE BOOK

Although I generally consider my favorite book to be Cormac McCarthy’s The Road, I wanted to say something different this time around since I did another book tag recently that featured The Road.

For this particular question, I’m going with Neil Gaiman’s The Graveyard Book. I first read this book years ago after picking it up at a thrift store, and I immediately fell in love with it. It’s a middle-grade story about a boy named Nobody Owens, aka “Bod,” who is raised by ghosts in an ancient graveyard after his family is murdered. 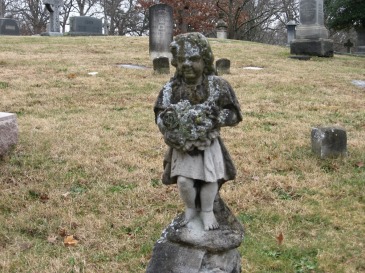 I’ve long been the type of person to hang out in graveyards, my favorite being Riverside Cemetary in Asheville, NC (see photos above), and because of that I just adored the setting. It’s such a whimsical, wonderful adventure story.

HERA: QUEEN OF THE GODS – A BADASS FEMALE CHARACTER

I just finished reading Sabaa Tahir’s A Reaper at the Gates and it’s fresh in my mind, so I’m going with Laia for this question. The reason I love Laia so much is that she’s so realistic and multi-dimensional. When we first meet her in An Ember in the Ashes she’s frightened and meek, afraid of breaking the rules of the Martial Empire. By the end of A Reaper at the Gates, however, she’s learned how to stick up for herself and fight for her people. I love her character so much, and I can’t wait to find out the rest of the story in the fourth book in this series.

Children of Blood and Bone is Tomi Adeyemi’s debut novel, and it completely blew my mind. I finished the book with my mouth hanging open in shock, and I immediately had no idea how I’m going to wait for the sequel. The quality of this young adult fantasy novel is so high. It’s one of the best books I had the pleasure of reading in 2018.

Probably due to the fact that I’ve always been obsessed with post-apocalyptic stories and settings, nuclear disasters such as the one that happened at the Chernobyl nuclear power plant in 1986 has always fascinated me. Svetlana Alexievich’s Voices from Chernobyl is a collection of first-person accounts of the disaster and the aftermath. It’s heartbreaking and horrifying.

APHRODITE: GODDESS OF LOVE – A BOOK YOU ADORE AND RECOMMEND EVERYONE READ (OTHER THAN YOUR FAVOURITE BOOK!)

I’m selecting two books for this question because I couldn’t choose between them. The Gentleman’s Guide to Vice and Virtue and The Lady’s Guide to Petticoats and Piracy are both written by the marvelous Makenzi Lee. The follow a pair of siblings, Monty and Felicity, on their respective adventures. Both novels are hilarious, heart-breaking, and exciting. I recommend these books to literally everyone who approaches me for book recommendations.

HADES: GOD OF THE UNDERWORLD – AN EVIL BOOK YOU WISH DIDN’T EXIST

I had trouble thinking of an answer for this question, so I’m going with a book series that I haven’t read but that I’ve been sick of hearing about: Fifty Shades of Grey by E.L. James. The fact that it started as Twilight fan fiction, the subject matter, everything I’ve heard about it – I’m never going to read it, and I have no desire to keep hearing about it.

POSEIDON: GOD OF THE SEA & EARTHQUAKES – A BEAUTIFUL & GROUND-BREAKING BOOK

I always have to find a way to work Cormac McCarthy’s The Road into any book tag I do! Despite the novel being soul-shattering, it’s very darkly beautiful. The story follows a nameless father and son as they try to survive in the dangerous and brutal remains of our world. The love they have for one another is endless and perfect. I’ve read this book every November since I discovered it, and it always leaves my face streaked with tears.

APOLLO: GOD OF THE ARTS – A BEAUTIFUL BOOK COVER

You can’t tell from the image above, but the physical copy of Melissa Albert’s The Hazel Wood is one of the most beautiful books I’ve ever seen. The gold foil on the cover is perfect. I actually just picked this novel up from my local library, and I’m looking forward to reading it.

HYPNOS: GOD OF SLEEP – A BOOK SO BORING YOU ALMOST FELL ASLEEP 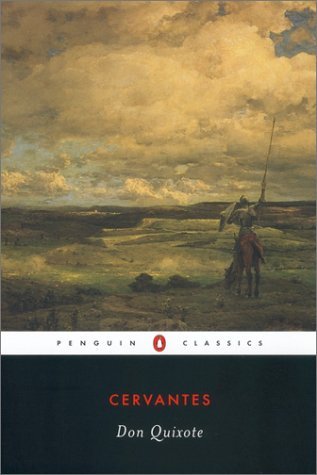 I admit that I haven’t read Don Quixote by Miguel de Cervantes since my freshman year of high school, which was well over a decade ago. While I will probably give it another try at some point, when I read it as a teenager I hated every second of it and thought it was incredibly boring. I’m not even positive that I actually finished reading it.

HERMES: MESSENGER OF THE GODS – A BOOK YOU SPED THROUGH

I grew up in the Harry Potter era, and I remember how excited I was when J.K. Rowling’s final installment in the series, Harry Potter and the Deathly Hallows, was released. Despite the novel being 759 pages, I read it in a single day while throwing off every other single thing I was supposed to do that day. Needless to say, it was a pretty wonderful day.

That’s it for this fun book tag! Have you read any of these books? What were your thoughts?